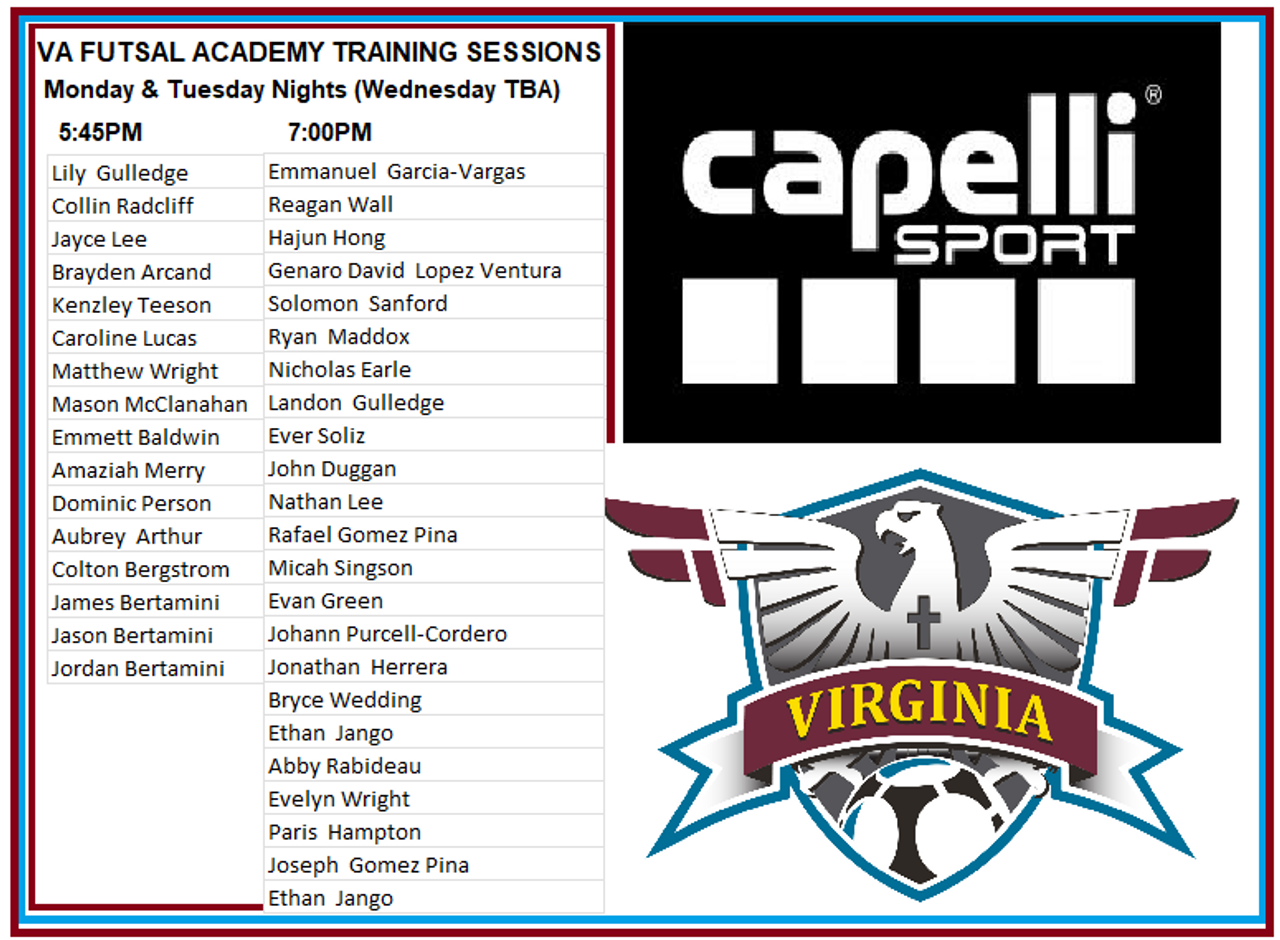 VA FUTSAL TEAM PROGRM
*DA teams will be formed to compete in Regional & National events, through selection/invite only from past players or new ones applying and participating in the "TA" Training Academy this year*
**DA training sessions and locations TBA**

*Academy training jersey supplied to all participants at no additional cost*

TO REGISTER ENTER YOUR PLAYER DETAILS BELOW.  BY REGISTERING YOU GUARANTEE YOUR SPOT IN OUR WINTER "TA" TECHNICAL ACADEMY PROGRAM AND ARE IN CONSIDERATION FOR A SELECTION INTO OUR "DA" TEAMS TO COMPETE IN REGIONAL AND NATIONAL EVENTS.

*Tournament entry costs will be paid in addition to the academy fee, per player/per team when selected to compete with the DA teams in tournament play.  Friendlies and additional sessions are included in the above dues.

VA FUTSAL PLAYER PROGRAM
*The TA "Technical Academy" is designed to build skill, confidence on the ball and a strong foundation to prepare players for possible inclusion into the "DA" Teams based on a players performance and impact*
**TA training sessions and locations TBA**

Competitions - Teams will be formed for regional friendlies in January and February and players may be called in to play with the DA teams based on performance.

EVENT SCHEDULE to include festival friendly days vs Southside, RVA and/or other local futsal academies.

*Academy training jersey supplied to all participants at no additional cost*